6 replies to this topic

Hello, I am trying to figure out what the inscription on the sword my grandfather sent home from Japan during World War 2. There is also an arsenal stamp on it that I can't quite make out. I am posting a few pictures of the tang of something different is needed please let me know. I am also going to post a picture of the hamon on the blades edge in case it is needed for any info. I just would love to learn as much as possible about this because I love military history and would really just like to learn more about the things my grandfather went through or seen during his time there and be knowledgeable in the correct way to inform others when they see these items on display at my house. 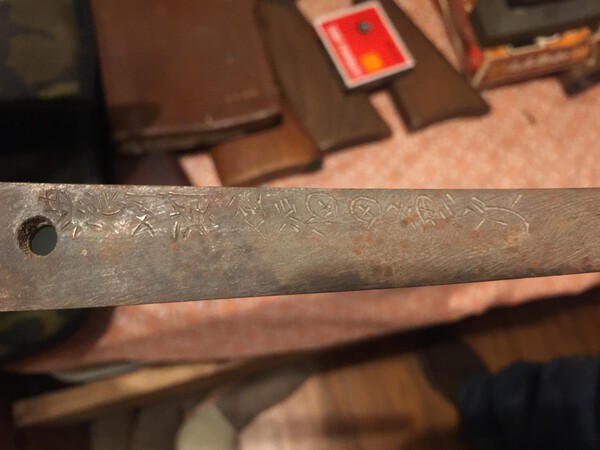 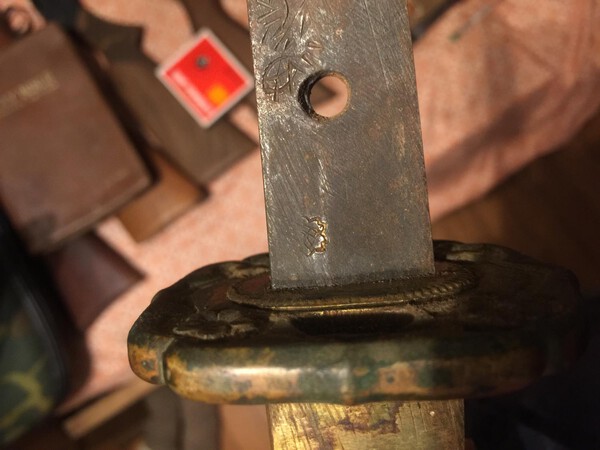 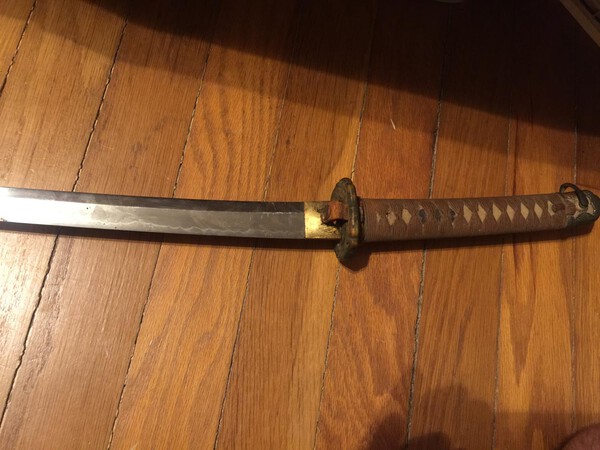 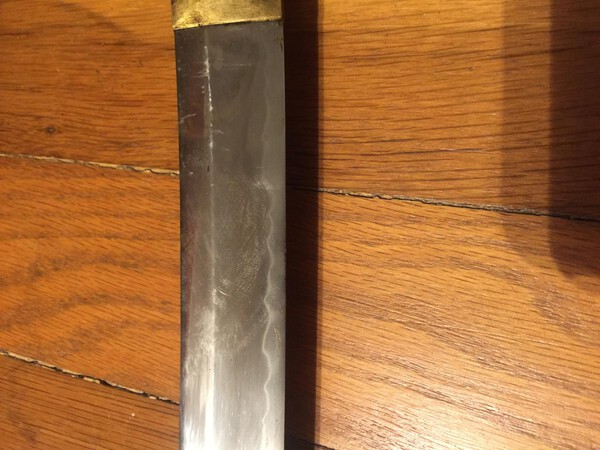 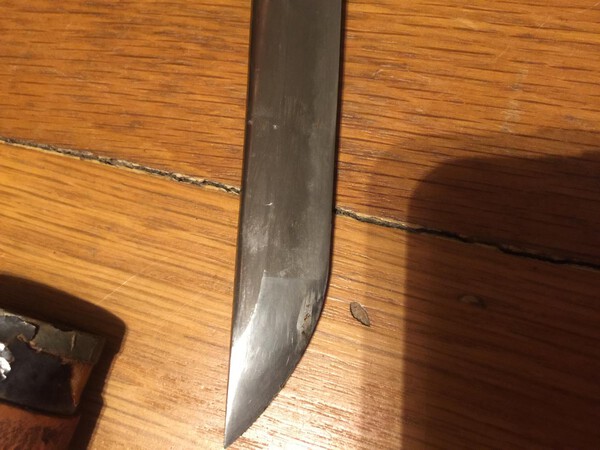 Thanks for any help with this.
Yours truly,
James B. Davis
Wilkes county, Georgia, United States of America

Noshu Seki no Ju something Kanetsugu.  Kanetsugu is the name of the smith.  Showa arsenal stamp.  Non-traditionally made, war time production.

Thank you both for your reply. Just out of curiosity is a sword like this very common? The translation of the description you gave me would one of you be so kind as to tell me what it means? Like the date it was made? Anything about it really

Noshu is one version of the name of Mino Province (present day Gifu Province).  Seki is a city in Mino (Gifu) that is famous for a long time for knife and sword production.  Ju means resident of.  A large percentage of the swords made in Japan during WWII were made in Seki, almost always by smiths whose first half of their name is Kane.  Your sword would be categorized as Gunto (military sword) or Showato (sword made in Showa period, specifically during the war) but not gendaito (traditionally made modern sword).  Nearly all of the WWII smiths, including yours, had no traditional training in making Nihonto; they were set to work pounding out bars of steel.  As such, your sword is not uncommon; it is pretty much the same as thousands of others made for the war by untrained makers.  No way to know if a sword by Kanetsugu himself would be uncommon.  There is very little information about the men who made these swords; no one in Japan bothered to keep track.

Kanetsugu wasn't the man's given name; it is a name he chose (or was given) to sign the swords he made.

I might be wrong, but I guess the mei reads:

Could be. The family name lines up, which I cannot find a Kanetsugu that does.

Also tagged with one or more of these keywords: katana