8 replies to this topic

Here is the other sword I have up for sale. I am asking 17,000 US dollars. I am willing to accept serious offers. The time has come to sell my collection.


Simon, please read the rules for this section carefully:

„NO discussions on for sale items, unless the original poster asks for, or allows, commentary. You may comment on a good deal, but anything that negatively affects pricing is not allowed. If you think the price is too high, then pm the seller with reasons. If it is too high, it will not sell, there is no need to debate that fact. The only time commentary is allowed is if there is blatant inaccuracy, fraud or deception with proof.“

I am pretty much sure that you would not want people to comment on your prices, too.

However, better pictures are at least in my opinion mandatory if you want to sell a sword in this price range, Paul.

Just to clear up a few inaccuracies in the listing:

The founder of the school was the first generation Yasutsugu. He was born the son of the Suekoto sword smith Hironaga, c.1532.  Hironaga was the last descendent of Yamato no Kuni Senjuin. Yasutsugu's entire family was involved in the sword making profession.  His Grandfather Kanemasa, was a Mino sword smith.  Shodai Yasutsugu passed away in 1621.
Nidai Yasutsugu (Kan'ei 1624), was the son of Shodai Yasutsugu.  Nidai Yasutsugu's works were the only other generation's works whose skill compared to, and or competed with the Shodai's.
The Edo Sandai Yasutsugu (Kanbun 1661) was the son of the Nidai. He was active in the Kanbun period and his works resemble the first and second generations, though he was known for a fine Itame jitetsu and a flamboyant hamon. He was rated Josaku for skill by Fujishiro and Wazamono for sharpness in the book, Kokin Kaji Bikosen by, Yamada Asaumon Yoshichika.
The Echizen Sandai Yasutsugu (Kanbun 1661) was the third son of the Shodai and younger brother of the Nidai. He was called Shirouemon and later Ichiuemon. His works resemble the first two generations, and his skill was said to be equal to that of the Edo Sandai. His works were rated Chujosaku by Fujishiro.
The death of the Nidai or second generation Yasutsugu inadvertently caused a split of the school which resulted in the formation of two separate Branches, the Echizen and Edo Schools. When the Nidai died, his only legitimate heir, his son Umenosuke was a mere child. As a result, the third son of the Shodai and brother of the Nidai, named Shirouemon made a bid for the heirship. Through peaceful negotiation it was decided that there would be two third generation Yasutsugu successors. Umenosuke, son of the Nidai was to become the successor located permanently in Edo, while Shirouemon would become the third generation located in Echizen. Shirouemon was then known as Echizen Sandai and is classified separately.

Thank you for your comments and descriptions. I am a newbie on this forum and this is the first time I am attempting to sell a sword. I will attempt to take photos myself. I admit I am not a great photographer and therefore used the pics I had from the person I purchased the swords from in 2007. Stay tuned for pics.

Paul, it would be good if you can load the photos into your sales post. Makes it a bit easier for potential buyers than having to download and view a PDF.

I have pics but can't seem to upload all of them, file too big. I read the upload pic section but not working maybe because I have a Mac. Any suggestions? I rather not post one pic at a time

Hi Paul, I see that all of the dealer's photos are still online for these two swords and they are all low resolution. Please see below. 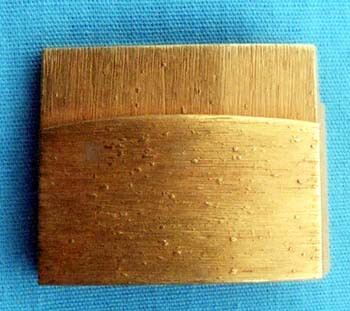 Back to For Sale or Trade