13 replies to this topic

Ian Bottomley as graciously allowed his post to be moved to a public area of the Samuari Armor Forum so that anyone can learn from what happened to him. Other people with knowledge of Japanese armor have also purchased some of these fiberglass fakes which means that people without a lot of knowledge will certainly be buying these until the word gets out and people start posting images of a possible future purchase for discussion before buying. Other items as well have been convincingly faked including jingasa and quivers.
Anyone who follows Ians work knows that he is extremely knowledgable about the manufacture of Japanese armor, he has many times seen things that I and others have completely overlooked. When making a purchase based on online images in the past you could of course have been fooled in many different ways but this new one is very insidious.
Someone with great knowledge and ability has been making moulds of armor items and constructing very convincing copies, sometimes mixing authentic parts along with fraudlent ones.  Viewing these items personally would make it much harder to fool someone, for example you could use a magnet to see if there is metal underneath the lacquer but when the item is in located in Japan and the seller does not speak English uncovering these fakes is much harder, especially when you are going through a third party to purchase and ship the item for you. Getting a refund is also extremely difficult under these circumstances as well.

Over the last month or so the number of fake items appearing on Yahoo Japan is increasing alarmingly. Someone is producing jingasa, armour parts and even complete armours, partially or even completely made by casting in resin. A look at 'sellers other items' suggests these fakes are being distributed around general antique dealers and even junk shops. Whether all these sellers known they are fake is debatable but it is worth mentioning they are tending to be vague with their descriptions and are not claiming the items are Edo period, using terms such as 'period'or 'samurai era' instead. If the items are laced and there are close-up photographs, the lacing and leather generally show an application of 'dirty dust' or there will be a liberal coating of suspicious dirt. One clue is the way any fukurin are finished - just cut off square with a rivet put through. Real fukurin are not flat sided and the ends are generally finished in a fancy shape, even if they are not engraved. Kanamono will be cast and sometimes show ragged outer edges.

These people can make castings with engraving and nanako in them that look real. They also corrode them quite convincingly. They seem to prefer kirritsuke kozane plates and if there are close-ups a search will show small lumps or small depressions from tiny bubbles in making the mould or casting. Look for file marks or sanding marks along the edges where they have trimmed off irregularities. Their castings often include damage from the original so don't be fooled by that. One real give away are agemaki rings on helmets, jingasa and items like sode. They seem to use a standard pattern that has the outer edge moulded with a ring of bead shapes and the centre domed and cross-hatched. These people are clever and obviously know about real armour. They know how to do lacing. What they don't do is to bother making mail - so kote, haidate and suneate are often a real. 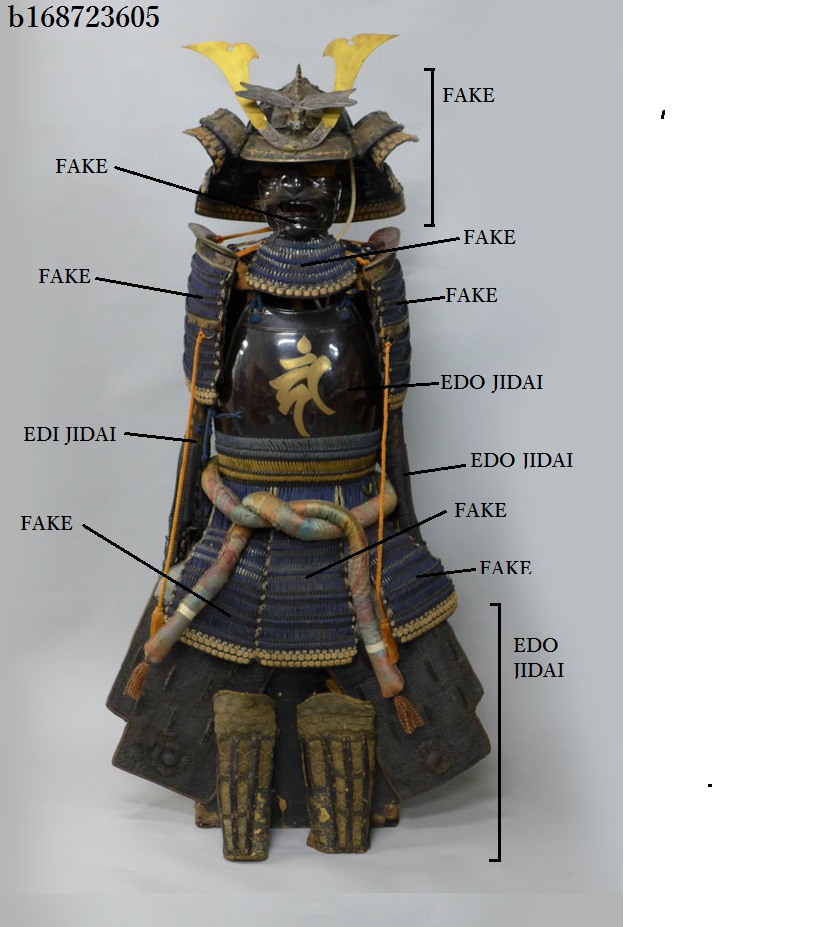 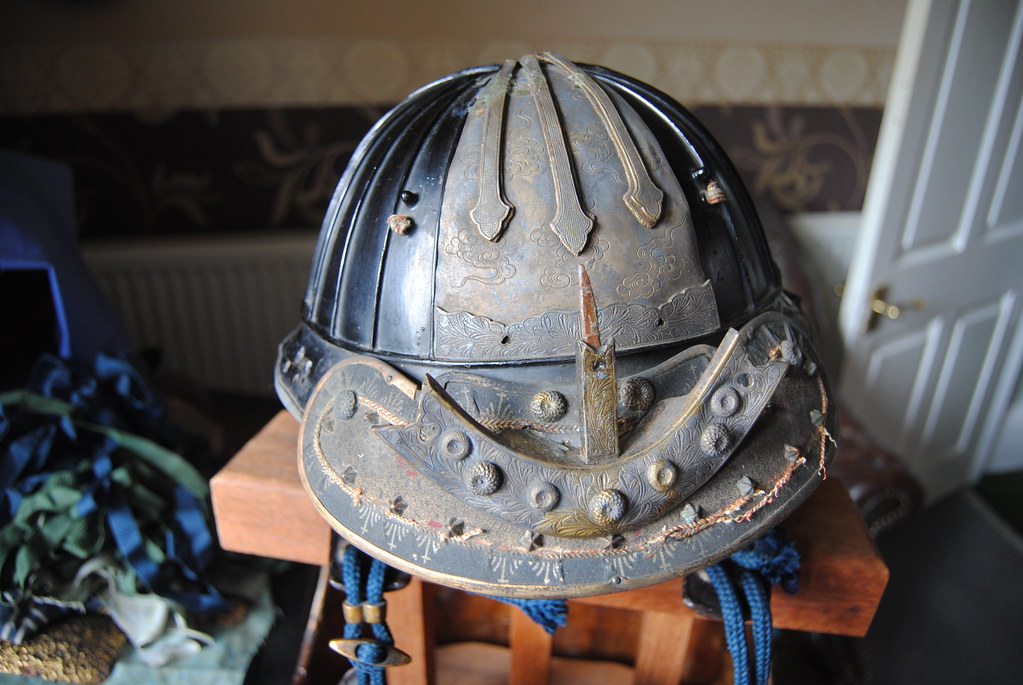 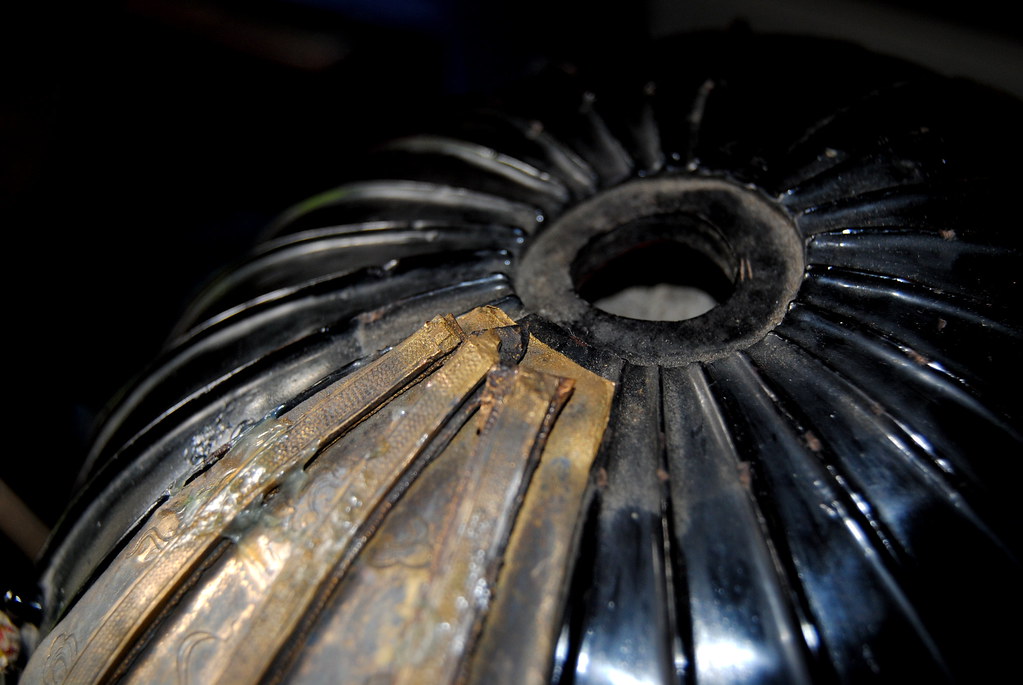 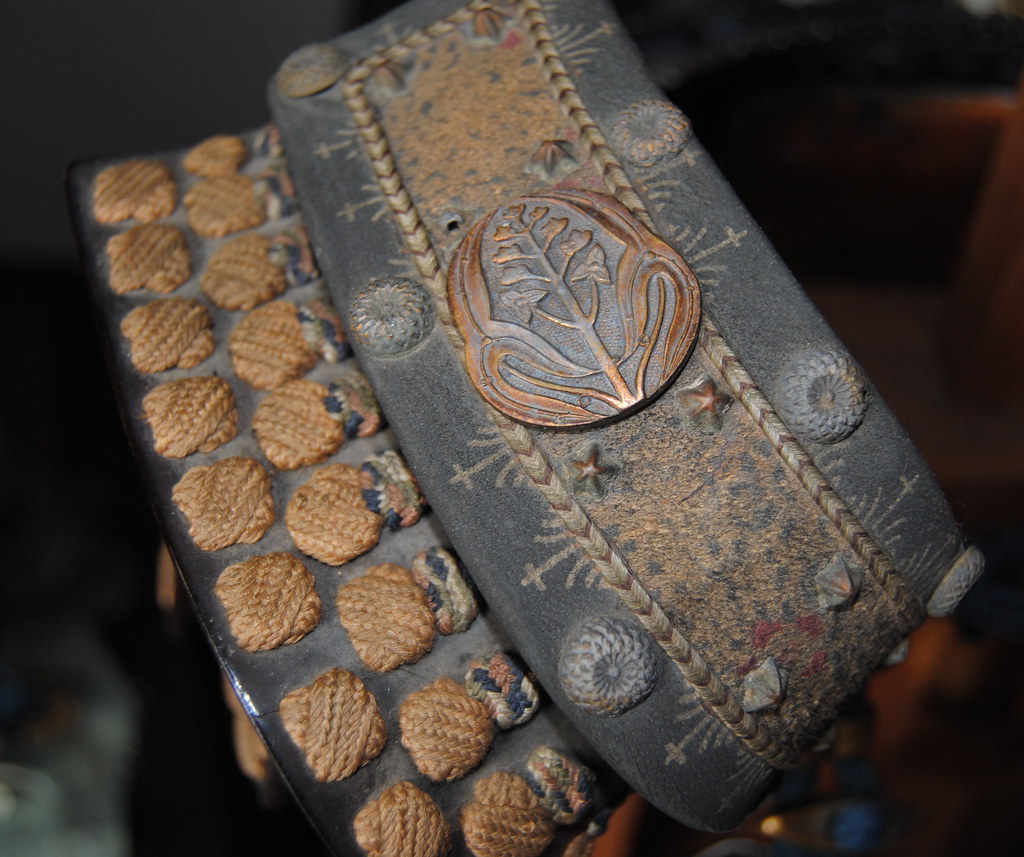 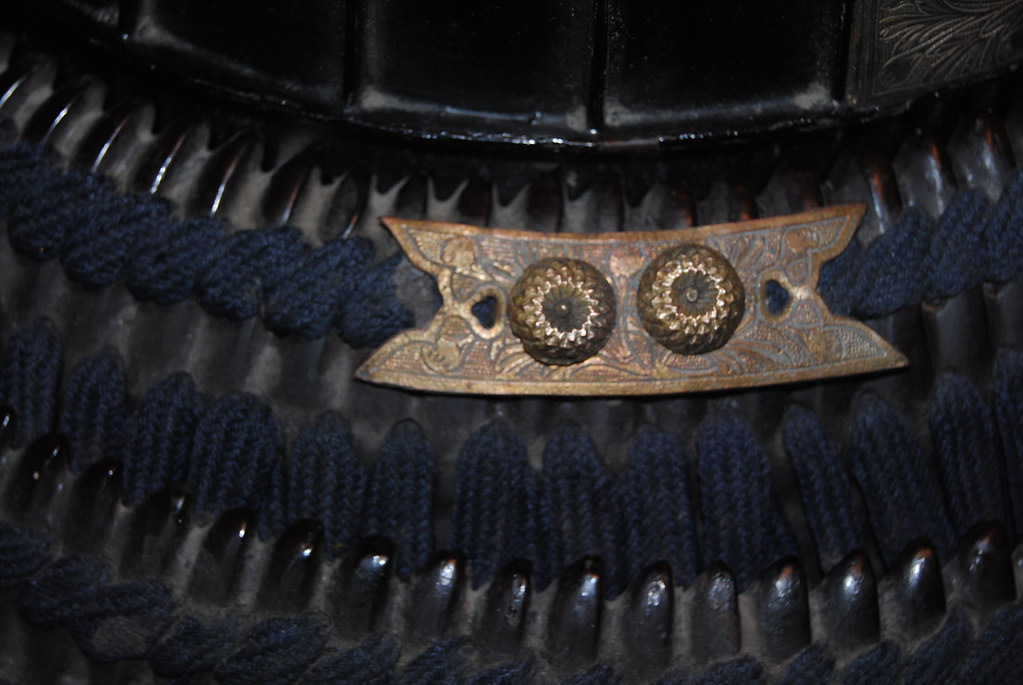 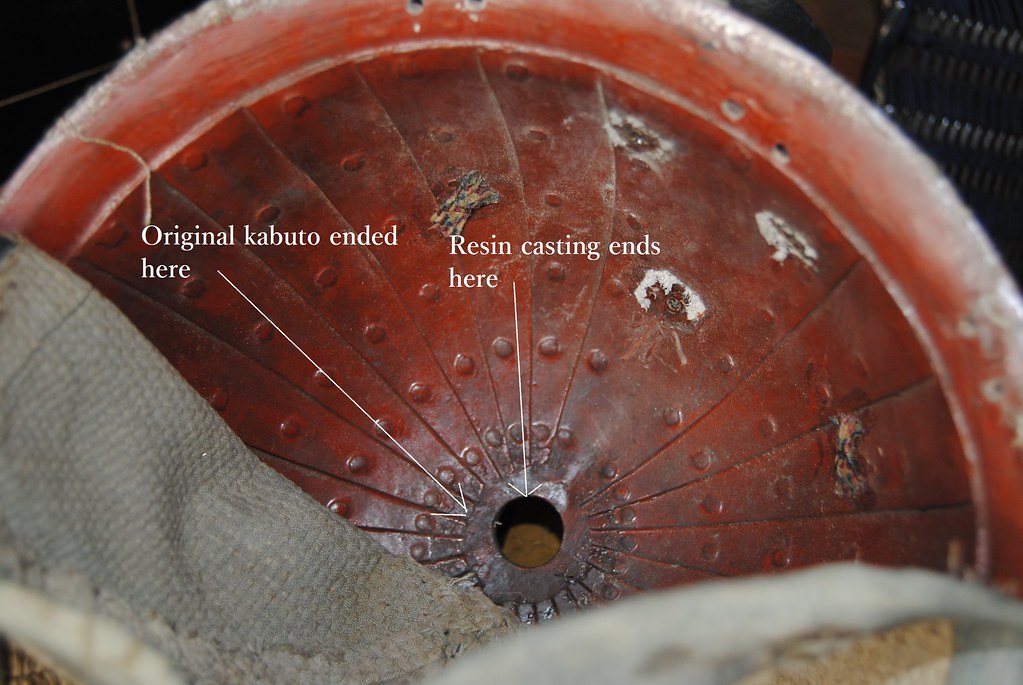 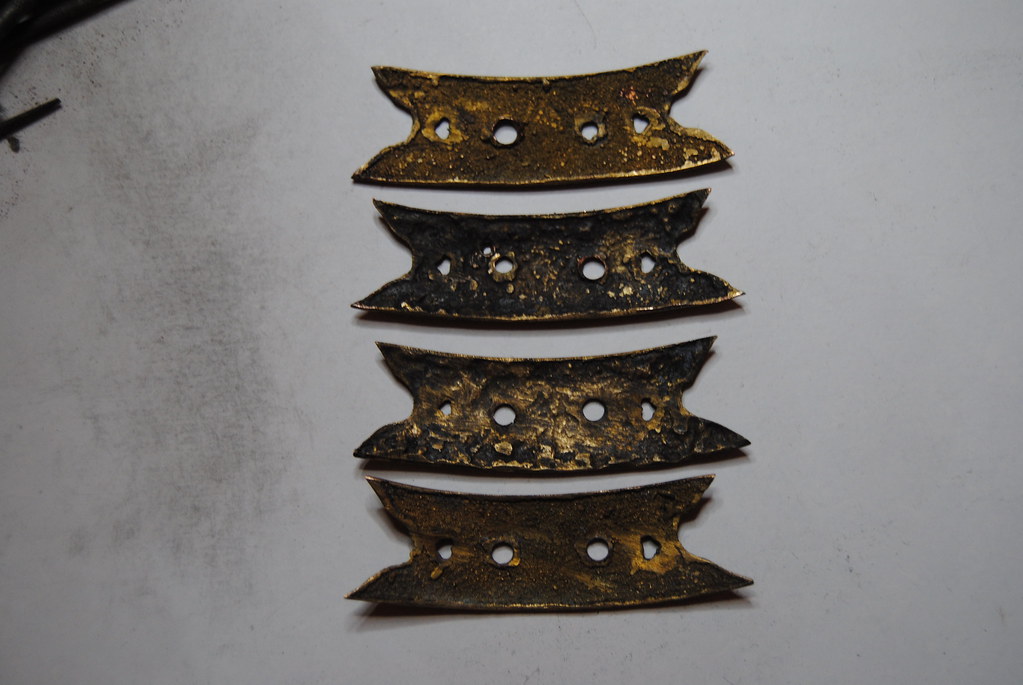 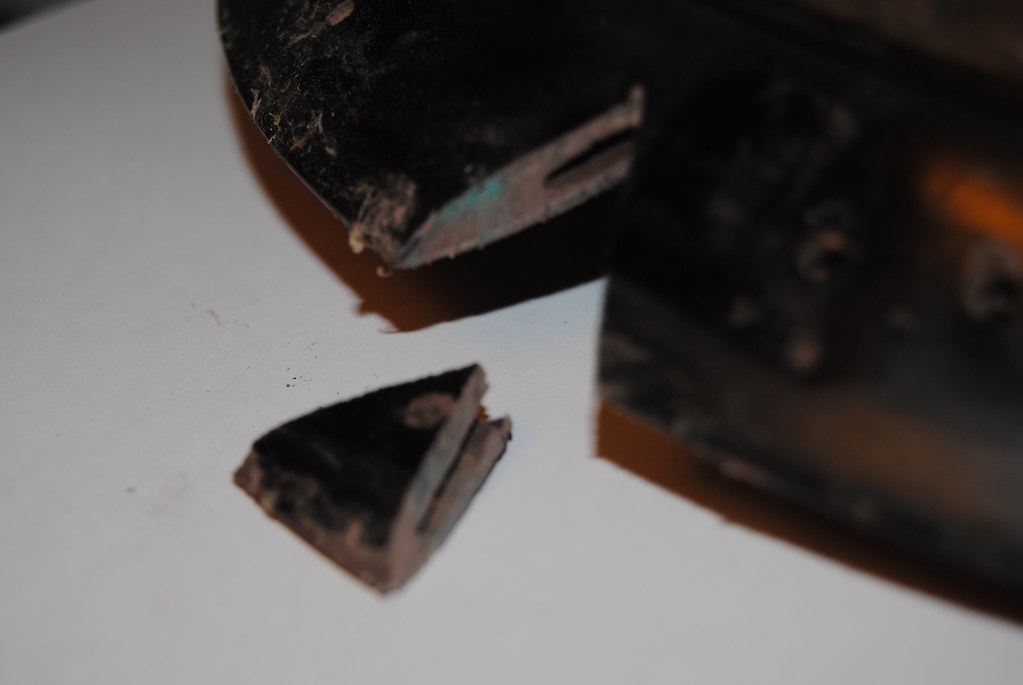 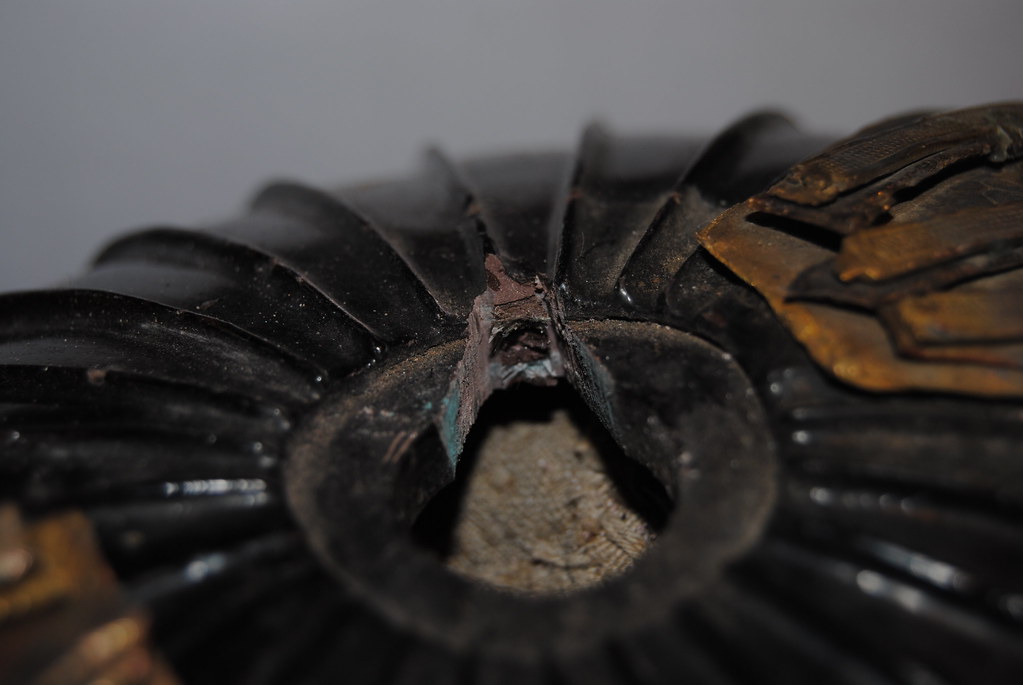 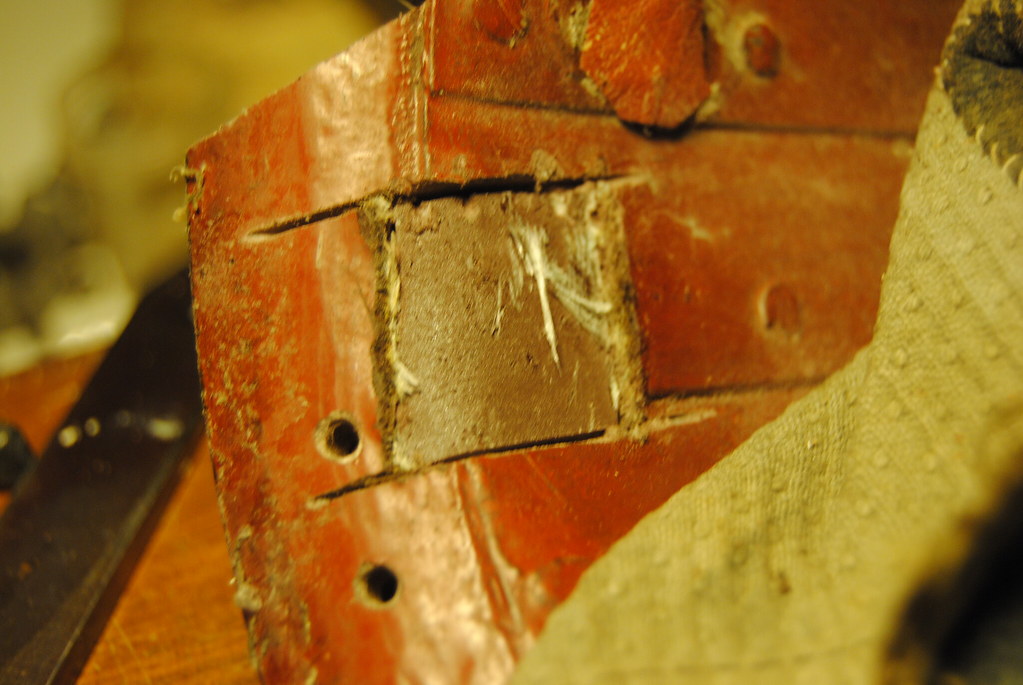 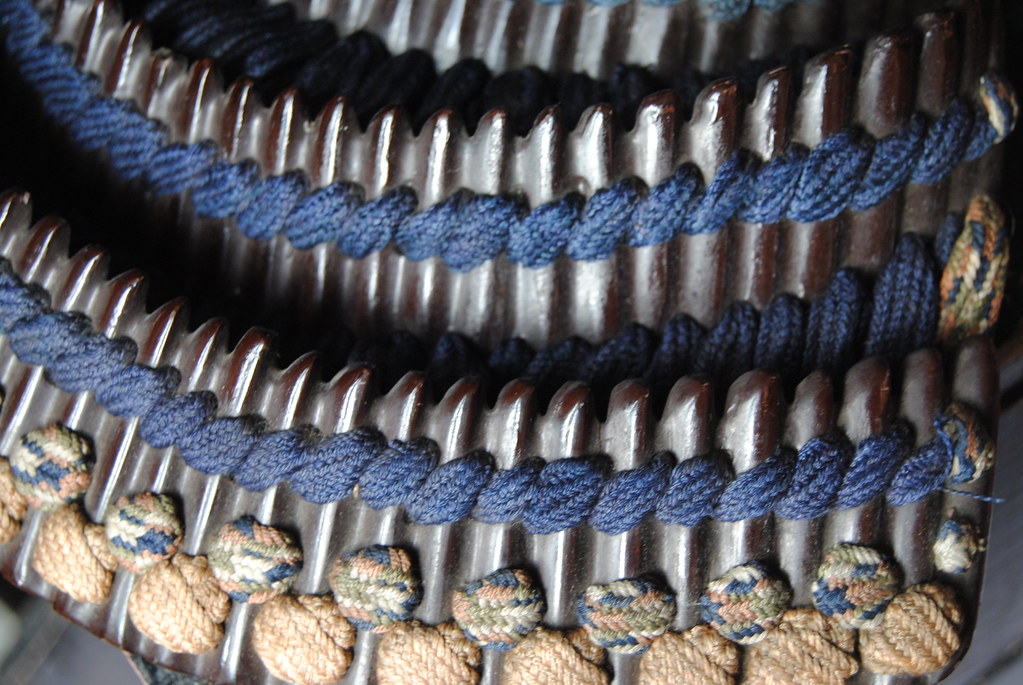 Thanks for sharing. Topic pinned.

Please update and share more info as it becomes available.

Thanks for sharing.
You got a nice costume for halloween ;p
I hope This ends in Your favour.

The top of the kabuto looked copy/repro to me.

This is an armor that Dave Thatcher has made some notes on.

I think this is an original dou, the other sections are reproduction, probably fibreglass. Apologies for my speed writing and spelling mistakes on the image (was rushed).

But thanks for sounding the warning bell and for such an informative post.

OMG ... I read the whole post and re-look at all the images ... they are darn GOOD for a replica ... I even look closely at each photos and still have difficulties seeing it was a resin casting ... especially the aging of the parts

I plan to buy one set from ebay as decoration item and now I have to rethink my option ...

thanks for the info

Some people are buying these for decorations in houses, that have no experience with samurai artifacts whatsoever. They will be completely fooled. I don't know my way around armor. A couple pieces looked a bit suspicious but I'd not be able to do the analysis. I don't buy stuff like this because I know I am less than a novice in this field. Far better than chinese level fakery of swords.

https://www.yuhindo.com (only way to reach me, do not PM me on this board, you will not get a response)

Agree with Darcy. I stay away from armour since I would be hopelessly fooled. They can put this level of fakery into them since the prices we are talking about are considerable.

I wonder how much of this stuff is lying in existing collections?

I bet the origin of these would be a huge scandal, since it would take a high level dealer to perpetuate this.

Brian, It was far less of a deal whilst they stuck to the odd mask or jingasa, but as you say complete armours are not being knocked up by an amateur in a shed in the back yard as a way of making a bit of pocket money. On the plus side I have at least had most of my money refunded but it has been a hard learned lesson.

Glad this turned out better than we all feared.

Thanks for the warning Eric.

Hi. I read this from other website earlier. Now, any buyer should request a magnetic test for all iron parts when he buys a high proced real gatchu. Thanks.

I have a question. Are you sure these resin parts are not from a propmaker shop from the movie industry ? The quality and finish looks too well made for home built stuff meant to defraud people of money.

Notwithstanding that the seller who mixed original and fake parts together is a fraud, it somehow does not look like a forging ring.